After having visited Glacier and Waterton Lakes National Parks, we were ready to continue our trip north to visit Banff National Park with a stop in Calgary.  We dropped my brother off in the morning at the airport since he would not be joining us the rest of the way and headed north up the US-93.  Originally we were planning to head north from the east side of Glacier National Park but we really didn’t want to have to cross the Going-to-the-Sun Road so instead we entered Canada via the west side through British Columbia.  It was about a 5 hour drive from our hotel by Kalispell to our hotel in Calgary.

We decided to stop for a night in Calgary because 1) it was a long drive up to Calgary and 2) the hotel prices in Calgary are half the price of the hotels near Banff National Park.  We ended up staying at the Holiday Inn & Suites Calgary South – Conference Center which had recently opened and was close to a lot of shopping centers not to mention a bunch of car dealerships.

After checking-in, we decided to grab lunch in the hotel’s restaurant, Pacini, which is an Italian restaurant.  It is a chain with locations elsewhere in Canada.  The fun part about the restaurant is they have an all-you-can-eat bread bar and where they have a few different types of bread, various spreads and even a grill for you to grill on.  I ended up making my own garlic bread out of their foccacia and it was delicious.

For our main dishes, we ordered off their Presto Lunch menu.  I ordered the chicken parmigiana sandwich with spaghetti which I did not really like, it was overly salty the texture of the chicken seemed strange.  But my parents liked the spaghetti of Bologna and prosciutto and arugula pizza they ordered.

After lunch, we headed over to the Calgary Zoo since I had seen (a lot of) advertising of their giant pandas.  We actually bought tickets from our hotel since it was about $5 cheaper for adult tickets making it about $30.  You can also buy online to save $3/ticket.  Also keep in mind that there is a $12 daily parking fee to park in the zoo parking lots.

The zoo has two entrances and we parked by the main entrance in the North lot.  There is also a West lot by the west entrance.  Upon entrance to the zoo, you are greeted by the gift shop and cafe.  The zoo is then divided into five sections: Destination Africa, Dorothy Harvie Gardens, Eurasia, Canadian Wilds and Prehistoric Park.

It was a really hot day when we went so we ended up skipping the Canadian Wilds and Prehistoric Park since we were dying under the heat and the animals were also mostly hiding from the sun and not very active.

We started in the Eurasia section since we wanted to make sure we saw the giant pandas.  During busy times, I believe you can pre-book time slots to go see the pandas but this was not necessary for the day we went, probably since it was a really hot, sunny weekday.

First we saw my Chinese zodiac animal, the komodo dragon. 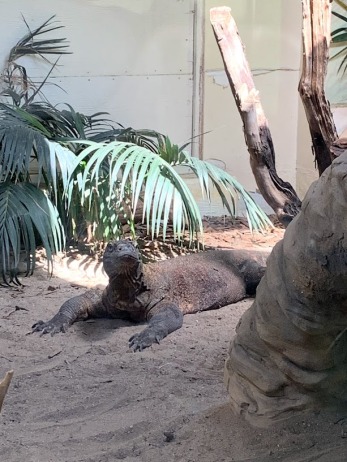 Then we went to the giant panda exhibit where Da Mao started by laying on a rock which made for great pictures but then walking away and turning his back to us. 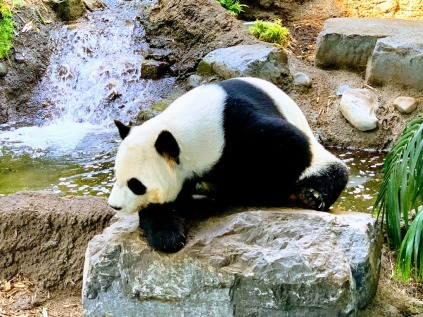 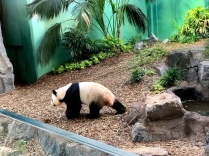 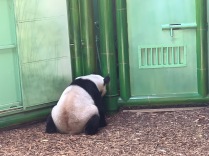 On the other side with Jia YueYue and Jia PanPan, one was busy eating and the other was being lazy. 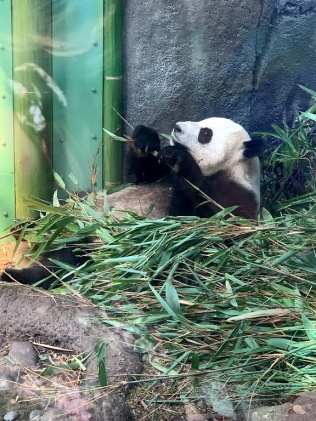 We also saw a few more animals in the Eurasia section though I was sad to see the red pandas were not out. 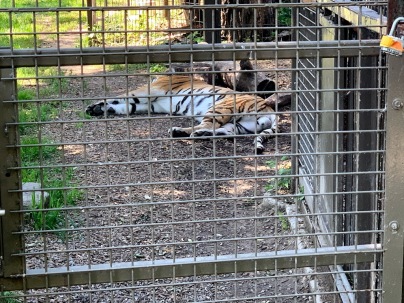 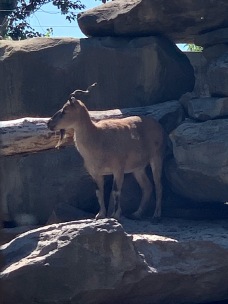 Afterwards we were in the Dorothy Harvie Gardens area.  The actual garden portion was nice and they have a butterfly area.  They also had a few animal exhibits. 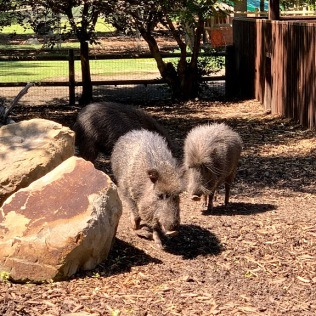 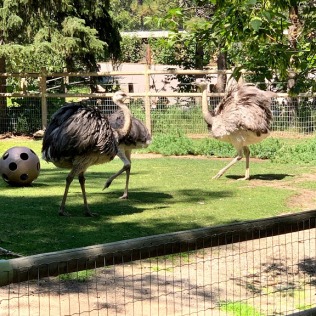 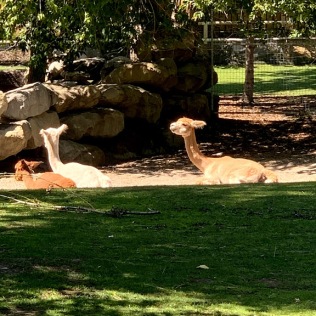 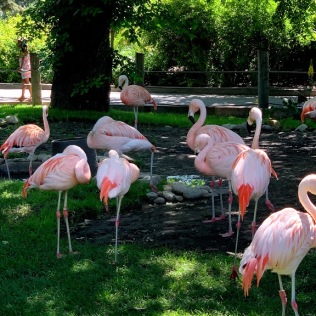 I think the Destination Africa section probably had the most animals out and had a really fun lemur exhibit where you could walk in and they would walk right past you or above you! 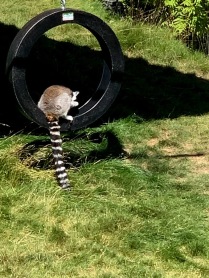 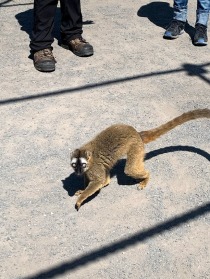 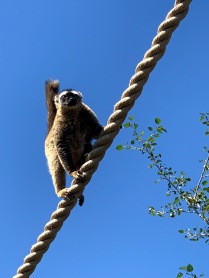 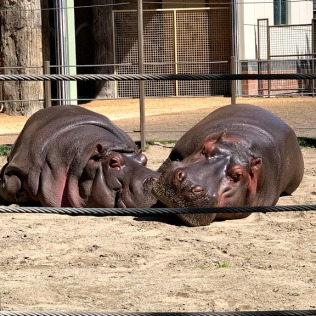 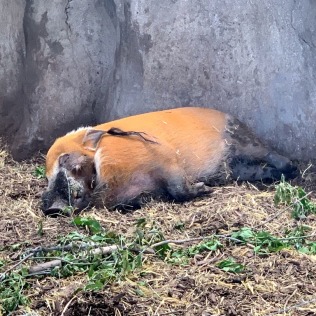 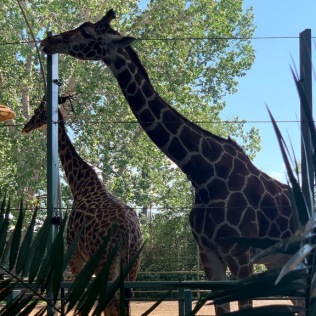 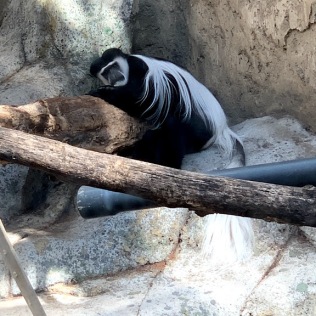 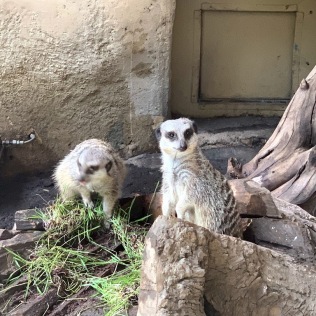 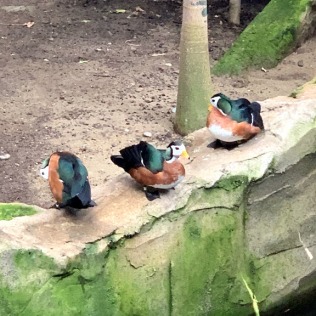 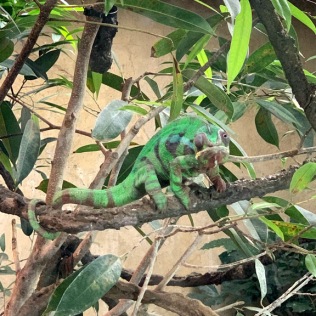 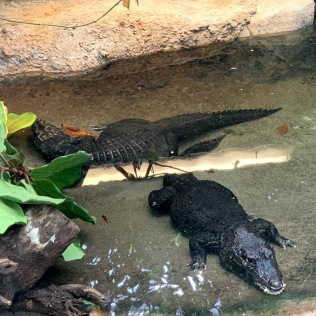 That pretty much concluded our visit at the zoo since it was just so hot standing walking outside.  Instead we decided to drive around their downtown and then stopped in Chinatown at JusFruit to eat some shaved ice and get some tea drinks and Taiwanese popcorn chicken and fried squid to bring back to the hotel for dinner.

The next morning before leaving the hotel and Calgary, we use the two breakfast vouchers at the hotel restaurant where they gave a choice of a few basic breakfast plates.  The potatoes that came with the plate were very good as they were well seasoned with herbs. 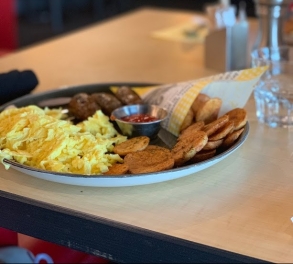 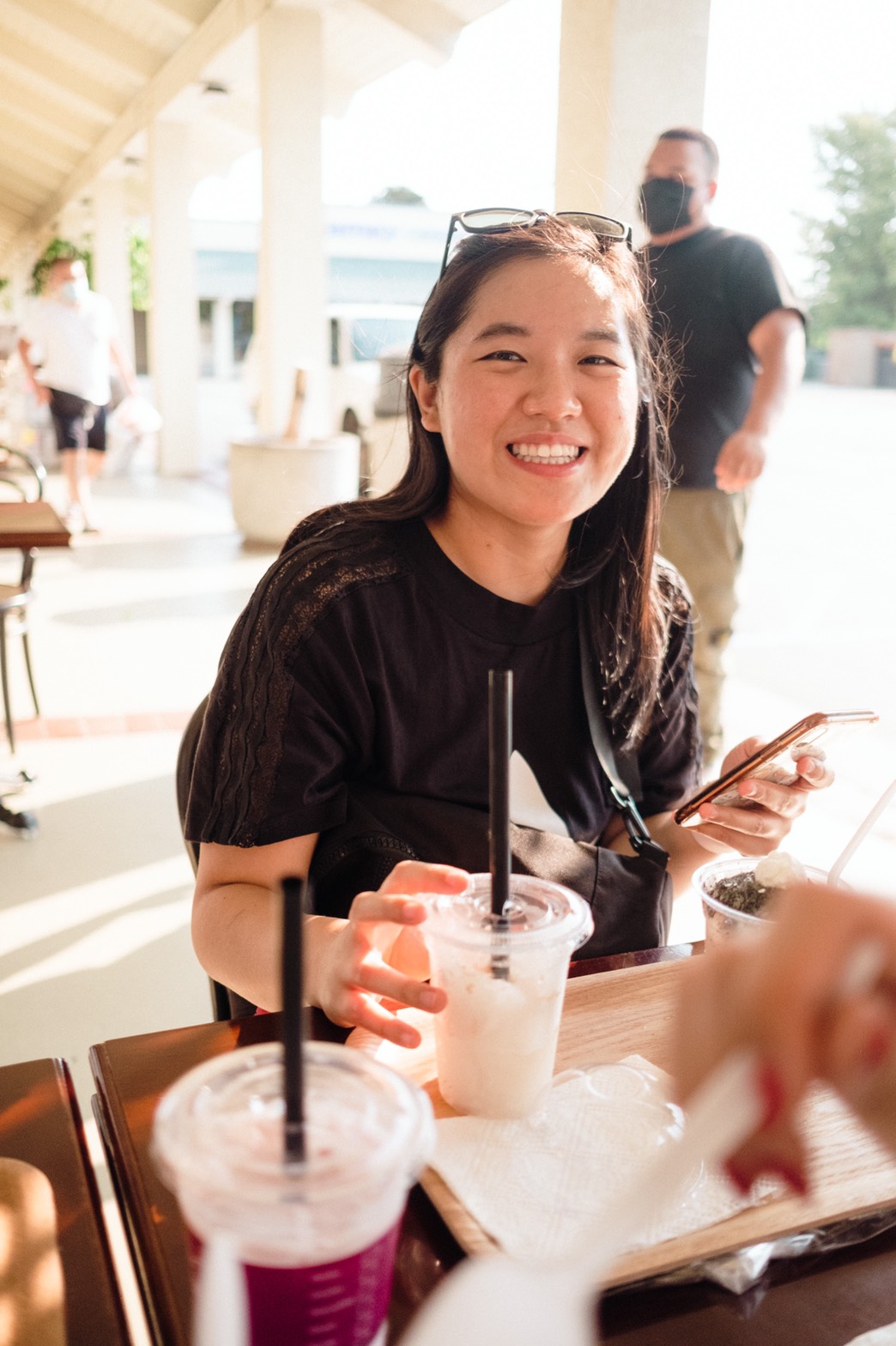 Had a great time celebrating Carmen’s birthday yesterday @goldentiki @theescapegame @lostspiritsdistillery
It was so worth coming back to try entrees since they were some of our favorite dishes @blacksheepvegas
Was lucky to win #revivela tickets from an @lamag giveaway and had an amazing time with @1milldreams where we dressed up, watched amazing performances and had great food
Back in civilization! Treated ourselves to some delicious seafood including clam chowder, fried calamari, fried oysters, halibut cakes and geoduck ceviche
Tried out new boba/dessert place @heukhwadang_ktownla and had a dalgona cream milk tea that was different but delicious 🤤
The new @delta sky club in Terminal 3 at LAX is really beautiful. Had time to stop by yesterday morning and it has me thinking I might need to fly Delta more ✈️
Loading Comments...
%d bloggers like this: